Heavy Duty Joysticks are designed to withstand more force with reduced chance or breakage. Clients with increased muscle tone and/or movement disorders such as dystonia are more likely to use excessive force against a joystick.

When this much force is exerted, control is often compromised. Many people using enough force to break a standard joystick will not have adequate motor control to successfully use any type of the joystick and other driving methods should be explored.

mo-vis offers the Heavy Duty Joystick. It is available as a stand-alone joystick or as a kit which can be retrofitted to a standard joystick module (Q-Logic or R-net) and is designed to withstand forces up to 650 grams, 2.5 times more than a standard joystick.

This joystick also accommodates a larger throw of 40 mm or the double of a standard joystick.

In addition to accommodating increased force to minimize risk of damage, this joystick remains proportional - the driver retains full directional and speed control. 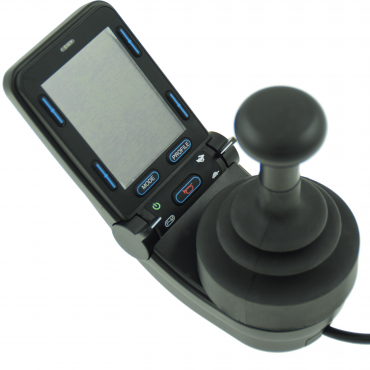 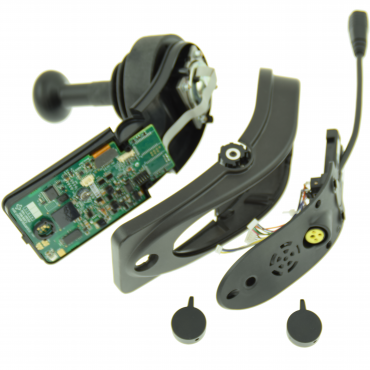 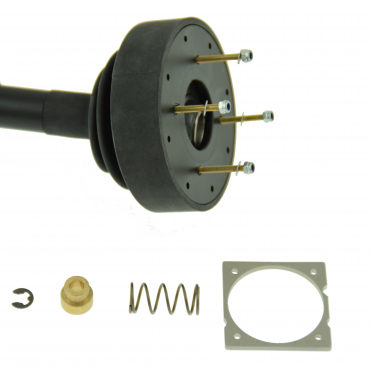 The joystick handle of the Heavy Duty Joystick is also non-removable. Drivers who use excessive force are more likely to inadvertently pull off the joystick handle. People who would benefit from this option often will have trouble using the buttons and dials on the joystick itself.

To accommodate this, the Heavy Duty Joystick incorporates 2 switch jacks, one for wheelchair Power and one for Mode. Any switches can be connected to provide this control for the driver. Mode is used to change the mode of operation of the power wheelchair from driving modes to other modes including power seating which can then be controlled through the joystick itself.

Finally, like all mo-vis products, the Heavy Duty Joystick incorporates a mini USB port to allow for programming above and beyond the power wheelchair electronics using the mo-vis Configurator Software.